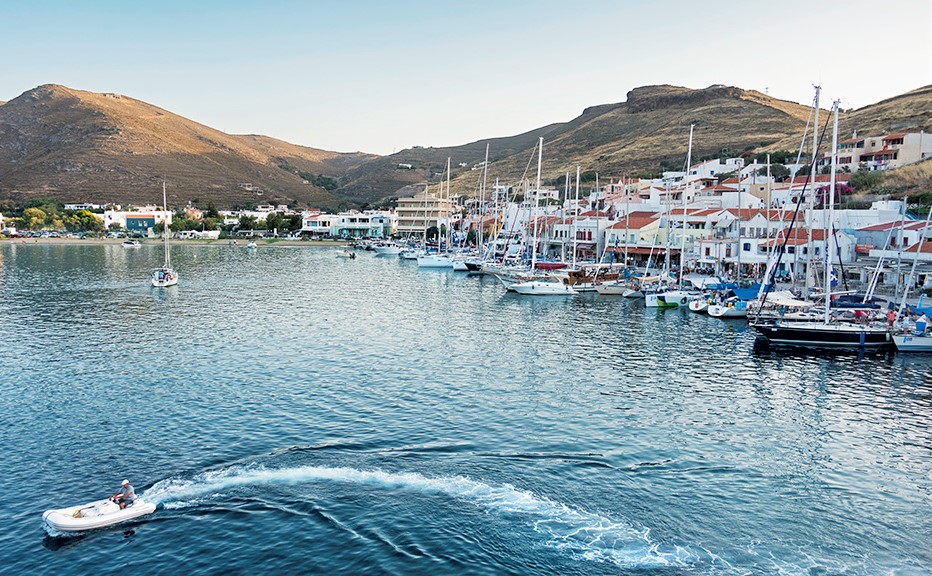 Kea is the location of a Bronze Age settlement at the site now called Ayia Irini, which reached its height in the Late Minoan and Early Mycenaean eras (1600-1400 BC). In the Archaic period, the island was divided between four city-states (poleis): Ioulis, Karthaia, Poieessa and Koressos.

During the classical period, Kea (Ceos) was the home of Simonides and of his nephew Bacchylides, both ancient Greek lyric poets, of the Sophist Prodicus, and of the physician Erasistratus. The inhabitants were known for offering sacrifices to the Dog Star, Sirius and to Zeus to bring cooling breezes while awaiting the reappearance of Sirius in summer; if the star rose clear, it would portend good fortune; if it was misty or faint, then it foretold (or emanated) pestilence. Coins retrieved from the island from the 3rd century BC feature dogs or stars with emanating rays, highlighting Sirius’ importance. 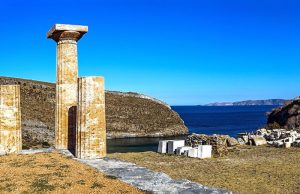 The stone-carved Lion of Kea (also known as the Lion of Ioulis or Liontas) dates to at least 600 BC.
The island is known for an ancient stone-carved lion, known as the Lion of Ioulis (or Liontas), which was carved some time prior to 600 BC. According to legend, the island of Kea was once home to population of water nymphs whose beauty, along with their lovely island, made the gods jealous, who sent a lion to lay waste to the island. In any case, the mainland of Greece was home to a significant population of lions throughout the classical period. 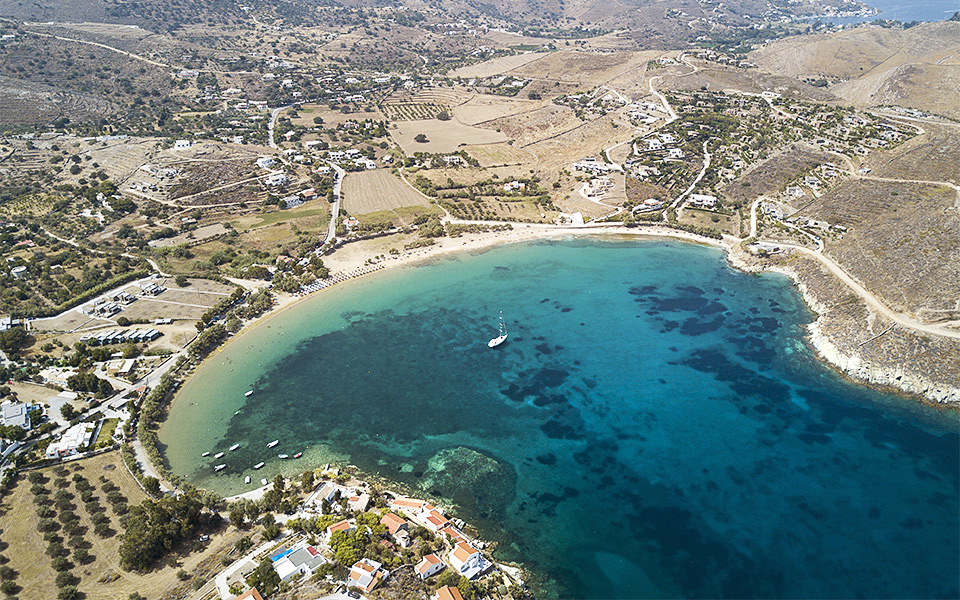 During the Byzantine period, many churches were built and the prosperity of the island rose. It was Byzantine until, in 1204, it was captured by the Venetians in the wake of the Fourth Crusade. The Archbishop of Athens, Michael Choniates, came here in exile after his city fell to the Crusaders in 1205. It was recaptured by the Byzantines under Licario in 1278. In around 1302 during the Byzantine–Venetian War, it again fell to the Venetians, who built a castle on the ancient acropolis of Ioulis.
Kea was taken from the Venetians by the Ottoman Turks in 1537. Along with the rest of the Cyclades, Kea joined Greece following the Greek War of Independence in 1821.
The HMHS Britannic, the largest ship sunk in World War I, which was a sister ship of the RMS Olympic and the ill-fated RMS Titanic, sank off Kea island in November 1916, having hit a mine, with the loss of thirty lives.